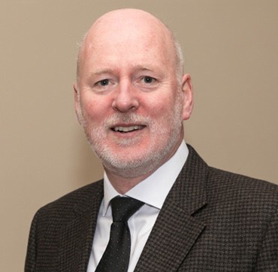 Dr May qualified from Trinity College Dublin in 1987 and began his career in London working in General Practice. He completed a Master’s in the Eastman Dental Hospital in London in 1991 and returned to Ireland in 1994 to take up a post in the Dublin Dental Hospital before setting up a private practice in Blackrock, Co Dublin in 1996. He re-located to the current practice in 3, Old Dublin Road, Stillorgan in 2001.

Dr. Boyle qualified from Trinity College Dublin in 1988. She moved to London and worked in General Practice until 1994 when she returned to Ireland to work in general practice in Dame Street, Terenure and Stillorgan and locums in Leixlip and Carlow and Bray, Co. Wicklow before joining the current practice with Dr. May in 2001.